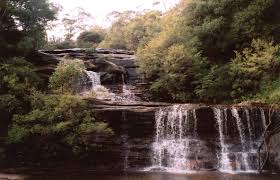 So…last time I wrote, I was concerned that my mood had dropped since the completion of Team Inspiration’s first ultramarathon.  I didn’t have a big, gnarly goal to aim at anymore.  But I knew I’d find one!

I’d been toying with the idea of a 50km run since January, when I began finding I could run further and further without pain.  Seeing how far I could go became a sort of a game.  Yes, I’d heard of ultra-marathons.  And marathons.  But strangely, the idea of completing a “regular” marathon had never appealed to me.  Call it a short attention span; a resistance to doing what others were doing; a lack of interest.  I didn’t want to have to give up BodyCombat, or Spinning, or weight training, or BodyPump, just to train for one thing alone.  I still don’t.  Maybe it was the word “ultra” that lured me.  But I think it is the terrain that’s done it.  Marathons, in the old days, were run just on the road, and the road bores me to tears.  I can barely manage the 1 km it takes me to get to my favorite trail.

But now…well, they run the things on trails!  Beautiful, wooded, rocky, waterfally trails.  And they are trails that, due to family life, I’d otherwise never get to see.  Picture this:

Me:  Love of my life, would you mind watching our two young children for the next week or so while I go traipsing off into the mountains?  No…hmmm.

Not going to work.  But what will work is me going like a screaming bullet down the trails, running flat-out as fast as I can go, surrounded by hundreds of other trail lunatics, who all make it safe for one another.  Call it trail racing if you will.  I call it freedom.

Back to the next big gnarly goal.  My team mate Ben from Team Inspiration (this is him, looking pretty cool on his 28km leg of the Surfcoast Century) suggested we might try the North Face 100 in the Blue Mountains in Sydney in May next year.  Well, I sort of suggested it first, but I didn’t really know what I was talking about.  I could have been suggesting we fly to Mars – I do this sort of thing, jump in without thinking too much.  Makes for some interesting moments.

We’ve sort of agreed to try it, and now I’m scrambling to find 50km training plans (we’re going to do it as Marathon pairs, meaning we split it).  The plans are confusing.  They are often written in miles, where I use km – an easy conversion, but it hurts my head.  They also vary a great deal, some suggesting straight weekly increases in distance, others alternating hard with easy weeks.  And none tell me where to fit in all the other activities I do – I need my weight training to keep me stable and strong, I’ve got to teach my BodyPump classes, but where do I put all this extra stuff?  And will I be too tired to do it?

As a personal trainer, I plan to approach this pretty scientifically but the fear is getting in my way a bit.  The word “Mountain” gives me a cold chill, as does the list of mandatory gear, which includes a fleece and a hat.  Don’t get me started on the scary blog accounts of people who have actually done the thing.  I want to keep my head in the sand for just a little bit longer.

So I’ve wished for a big goal and it has landed on me, and I can’t sleep for thinking about climbing these silly mountains.  Will I be strong enough to even cope with the training?  Will I get myself to the start?  I’ve got six months to get there.  I have never tried going so far.

But then again, as Ben reminded me, the Surfcoast Century, at 21km, was really scary, before I did it.  One day at a time.  That’s what I’ll have to remind myself. 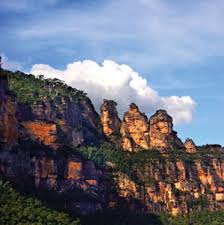 Because, really, I’d do just about anything to put myself into this picture…

1 thought on “Planning for the next big thing: The North Face 100?”