So, I finally found a limit.  I’ve been pushing and pushing things, surprised that nothing hurt, that is, nothing hurt until Friday last week.  With the use of my Teva Five Fingers and my Fit-Flop shoes, with lots of TR-X training, and lots of squats, lunges, and core work, I had managed to complete my first 22km run a few weeks back.

Then a fellow team-mate and I decided we were going to do the North Face 100 in Sydney’s Blue Mountains as Marathon Pairs.  Which meant that, come May 2013, I’d be running up to 56km in one go.  Without much recovery from the Surfcoast Ultramarathon, and with the Marysville Half-Marathon coming soon, I hit the trails hard.

Yes, I’d heard of the 10% rule.  And I had printed out and read several detailed 50km training programs, but simply hadn’t put one together for myself yet.  Last week, I decided I’d just up the distance of the runs I was doing, each one, a little bit.  Twenty km became twenty-one; four became five; six became seven; four became, well, four became ten.  That was the one that broke me — because all I was doing was substituting my usual cross-training session for the same amount of time running, I thought I’d be fine. 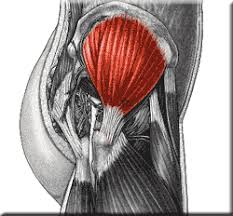 Did I do the math?  Of course not.  If I had (and I did after my hips were aching on Friday night), I would have seen that all my tiny increments added up to a whopping 40% increase in one week, instead of the 10% I should have been aiming for.  I cringe thinking about it.  I am grateful that my friend Maria saw my “aching hips” post on Facebook, and texted me to remind me what I knew, but hadn’t adhered to.

I like to preach “no limits” to myself and to my classes.  I like to live “no limits”.  But the fact is, there are limits and if I don’t respect them, and train more consciously, I won’t be teeing up at the start line of many 50km races.

So, with new-found respect, I am committing to designing a six month plan to get me to that start line.  The good news is that after two solid rest days, my hips are back to normal.  I ran 5km in my Teva Five Fingers on the treadmill this morning, and it felt just like running should feel.  Pure, pain-free joy.

My mathematician husband also solved a great mystery that may have plagued other math-illiterate runners – the 10% increase can apply across the whole week (like if you run 35km in total for the week, you increase that total by 3.5km), but if you increase each individual run by 10% this will add up to 10% across the whole week too (so you can spread that extra 3.5 km across various runs).  That was one sticking block I couldn’t get my head around.  I think I’ve got it now.  Let me know, other runners, if I’ve still got it wrong.  I can be a bit of a blockhead about some things.

I suppose the only way to gain wisdom is to make mistakes along the way.  I have never tried to run so far.  For most of my thirty years of running, I’d simply do one long run per week of about 10km, and cross-train the rest of the time with swimming, weight training, cycling, spinning, or whatever was the most fun at the moment.  So this conscious increase is a whole new ball game.  I love to do things right the first time, but I suppose that is not so realistic.  This is going to take some learning…

1 thought on “Lesson learned: increase training by 10% per week only or risk injury”