How do I explain to a non-runner what it is like to be unable to run for eight days?

Runners get it.  They know being unable to run is like having your soul sucked right out of your body.  You look at every single person running – whether they are kids running across a playground, people running for a bus, or actual runners just out running – and you envy them all.  And you kind of hate them too.

You talk obsessively about your injury and annoy everyone around you.  “Really?  Is it still hurting?  You mentioned it just ten minutes ago.  That’s surprising.”

You examine that injury a hundred times a day – is it looking better?  Less swollen?  Can it take more weight?  Could you possibly do a lunge or hop in place?  What about stairs – do stairs still hurt?  They hurt less on the up so you get a surge of hope, but then when you go down again, you know you are still hurt.

And then there’s googling the injury – I’ve googled the heck out of this one – time-consuming and depressing time poorly spent.

Try telling all this to a non-runner.  They say things like, eight days, oh, that’s nothing.

After visiting a masseuse on day 3, who was nice but didn’t help, on day 4, I finally called a physiotherapist.  This was after three days of actual rest – no exercise, meaning no running, no gym, no nothing.  Okay, so I was spotted on my mountain bike around town, but surely that didn’t count?

Anyway, the physio, Tim, was kind.  When he asked what category he should put the injury under, I said, “How about stupidity?  Do you have that on your list?”  He laughed.  Training too soon after a marathon, in the quest of an ultramarathon surely fit under stupidity.   But he said, “No, you were just testing your boundaries.  And you found some.”  And that was so kind, it nearly made me cry.  Jumper’s knee, he said, perhaps, and something wrong with the fat pad in the knee (I never knew there was one, go figure!).

He offered to tape my knee, to which I quickly replied no.  So he did some ultrasound instead.  But five days later, after cancelling all exercise including BodyPump, when the pain and swelling, which by rights should be well and truly gone, when it still hadn’t gone, I accepted the tape.  Now my knee won’t really bend, but it doesn’t hurt to walk down stairs, and I think I’ll be able to teach BodyPump this week.  Running is still elusive.  Three more days, perhaps.

What I have learned (again) is this.  Running is an essential drug.  And not knowing when I can have it again has made me edgy, irritable, or, in my son’s terms “aggro”.  I do okay with injuries when I know their pathology, their general course, when they’ll get better – but this unknown swollen knee?

One day, I’ll be looking back on this injury as just another injury that has taught me a little more about this miraculous body of mine.  I’ll understand it and know how to fix it.  Just like ITB and achilles pain, and all the other hundreds of injuries I’ve learned about.  But right now…

To tell you the truth…being injured colors every single moment.  It hits straight at a core part of my identity, and shakes it like a big, angry bear.  It makes all the exciting goals I’ve set recede into the distance, like ships that I desperately wanted to board sailing away without me.  It gives me nightmares – like the one I had last week, where I was walking on this suspension bridge because the traffic was stuck.  I was looking for what was wrong, and had left my car with my family in it a few hundred meters back.  I was standing alone on this bridge, high above a huge drop. Then this man, out of nowhere – it scares me to even write it – he grabbed me, picked me up by my legs, lifted me high in the air, and threw me over the edge.

I feel sick thinking about it even now.  I woke up before I landed, as you always do.  But that plummeting feeling remains with me, that sense that things are over before they should be, that I’m not in control of what is wrong.

That’s what not being able to run means to a runner.  Every single day.

Am I the only one to experience this?  I complete an amazing event, I am super-uplifted (I am thinking of the Surfcoast Ultramarathon and the Salomon Trail Series final race), but shortly afterwards, the bottom falls out of my world.

I am great when I have a huge goal to aim at – a PhD, publishing a book, doing my first ultramarathon – but when these goals are accomplished, I fall into despair.  I don’t know what to aim at next, or the thing I am aiming at just doesn’t seem big enough or bad enough to inspire me.

And this, from someone whose job it is to inspire others!  Such a wonderful job, I have, but on days like today – when the big goals have been achieved, and my race kit is hung up to wait for the next big thing – it is a difficult job.

How to uplift when I am not uplifted?  Tomorrow I return to teaching my BodyPump classes after a week away, and I am struggling with what to tell the classes.  They’ve been there through this whole journey, from when I could only run 10km to when I finally managed 22km.  What I feel like telling them tomorrow night feels so very different from what I would have told them Sunday night after those races, when I was glowing with the achievement that we all had made happen.  I want that feeling back, is what I want to say.  Give me that feeling back.  Right now.

So my question (and I think I know the answer already), is do any of you feel this sudden down once your goals have been nailed?  And if you do, what do you do about it?

I suspect it is a case of Yin and Yang, where I am a Yang sort of girl, a go-go-go adrenalin junkie who needs to live a bit on the edge to feel fully alive.  It’s the opposite of this, the slowing, the being, the deep breathing I sometimes have trouble with.  Give me a big goal, give me a mountain to climb, a new country to settle in, a huge change – this I can manage.  But slowing down, waiting for the next thing with grace.  Uh uh.

So perhaps that is what this time in between events is meant to teach me.  To learn to slow with a bit more grace.

I am off to try meditation now.  I’ve been long away from a quiet space.

Send me your thoughts, and the ways you use to get out of this place, if, indeed, you get into it too… 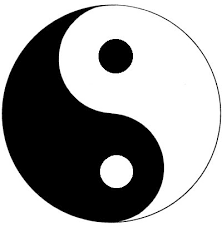