So here’s the truth – my head is going pound, pound, pound tonight, and the kids have just gone, reluctantly, to bed.  I woke up this morning feeling on top of the world, full of life, full of energy.  I took that bursting-with-life-self for a short training run (6k in my new Inov-8 trail shoes) plus some weights at the gym.  Then I had a coaching client.  In between, I did three loads of laundry, checked that the fish I’d transplanted in their newly-cleaned pond were alive (they were, but hiding from my two very interested cats who can now see them), collected and didn’t open the mail, and rode my bike everywhere in the glorious sunshine.

But now I’ve bonked.  I think it is my daughter’s 7th birthday party that has done it.  I have got this idea in my head that I want to make her a Princess Castle birthday cake. 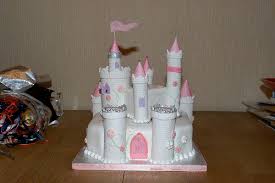 I’ve bought ice-cream cones for the turrets, and watched some very domestic women make one on YouTube (they were very scary!).  It seems like I need four cakes, and some strange sand sugar to make it all work, plus an icing thingy to make cool designs.  Hmmm.

I want her to know I love her.  I want her eyes to light up when she sees that cake.  To feel in her heart the effort and love that have gone into it.  So I will make it.

Because she and I have recently discovered (again) that we do, indeed, love each other.  We hug and cuddle in a way that wouldn’t have happened a year ago, and I am so almightily grateful for this fact that I’d set up a display of fireworks for her birthday to let her know I love her.

It began with the Miracle Question we’d talked about in coaching.  It goes something like this:  if you woke up tomorrow, and a miracle had happened, and life was just the way you wanted it to be, what would be happening?  I asked that question to a coaching client recently, and then I began pondering it for myself.  And my answer was that my daughter and I would love each other openly, with hugs and kisses.

And then it came true!  With some extra loving words from me, that I picked up from the help in the book “The Help”, 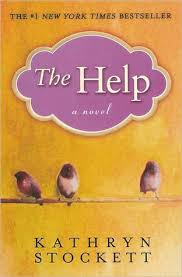 So now I’ve just got to figure out how to train for a 28km trail race that happens in January, while having the energy left to make this phenomenal cake.  A few more versions to watch on YouTube, and I’ll be ready to give it a go.